A loop is used for iterating over a set of statements repeatedly. In Python we have three types of loops for, while and do-while. In this guide, we will learn for loop and the other two loops are covered in the separate tutorials.

Syntax of For loop in Python

for <variable> in <sequence>:

// body_of_loop that has set of statements

Here <variable> is a variable that is used for iterating over a <sequence>. On every iteration it takes the next value from <sequence>  until the end of sequence is reached.

Let’s take a few examples of for loop to understand the usage.

The following example shows the use of for loop to iterate over a list of numbers. In the body of for loop we are calculating the square of each number present in list and displaying the same.

// Program to print squares of all numbers present in a list

// variable to store the square of each num temporary

for val in numbers:

// calculating square of each number

In the above example, we have iterated over a list using for loop. However we can also use a range() function in for loop to iterate over numbers defined by range().

range(n): generates a set of whole numbers starting from 0 to (n-1).

range(start, stop): generates a set of whole numbers starting from start to stop-1.

range(start, stop, step_size): The default step_size is 1 which is why when we didn’t specify the step_size, the numbers generated are having a difference of 1. However by specifying step_size we can generate numbers having the difference of step_size.

Let’s use the range() function in for loop:

Here we are using the range() function to calculate and display the sum of first 5 natural numbers.

## Program to print the sum of first 5 natural numbers

// variable to store the sum

For loop with else block

Unlike Java, In Python we can have an optional ‘else’ block associated with the loop. The ‘else’ block executes only when the loop has completed all the iterations. Lets take an example:

The loop has completed execution

Note: The else block only executes when the loop is finished.

Nested For loop in Python

While loop is used to iterate over a block of code repeatedly until a given condition returns false. In the
last tutorial, we have seen for loop in Python, which is also used for the same purpose. The main
difference is that we use while loop when we are not certain of the number of times the loop requires
execution, on the other hand when we exactly know how many times we need to run the loop, we use
for loop.

Syntax of while loop
while condition:

The body_of_while is set of Python statements which requires repeated execution. These set of
statements execute repeatedly until the given condition returns false.

Flow of while loop

These two steps happen repeatedly as long as the condition specified in while loop remains true.

#it will repeat self while the num1 is less than 10.

#increasing the value of num

1
4
7
Infinite while loop
Example 1:
This will print the word ‘hello’ indefinitely because the condition will always be true.

num = 1
while num<5:
print(num)
This will print ‘1’ indefinitely because inside loop we are not updating the value of num, so the value of
num will always remain 1 and the condition num < 5 will always return true.

Nested while loop in Python

When a while loop is present inside another while loop then it is called nested while loop. Lets take an
example to understand this concept.

1 , 5
2 , 6
3 , 7
Python – while loop with else block
We can have a ‘else’ block associated with while loop. The ‘else’ block is optional. It executes only after
the loop finished execution. 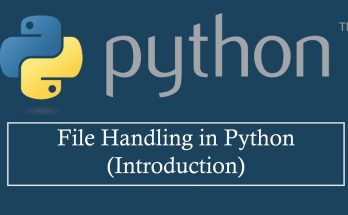 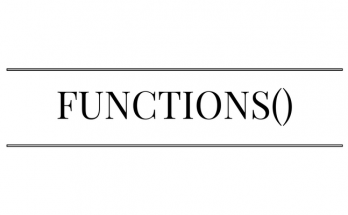